16 Movies for every aspiring entrepreneur that will motivate you to be successful in life. 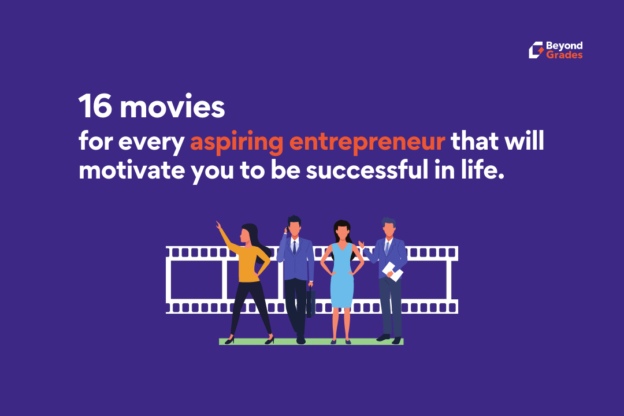 If you are an aspiring entrepreneur looking for a mind-blowing inspiring movie to watch this weekend that will boost your esteem and help you get back on track, this article is precisely for you!

This article contains all-time best movies that will entertain you and give you a new vision to become a new you. Each film has an unusual peculiarity that will open your creative thinking and guide you towards a new approach to business.

Here are some hand-picked movies for you!

The movie of the world’s first youngest billionaire Mark Zuckerberg entails the journey of Facebook to Facebook, the lawsuits and legal battles between its ownership, and so much more.

This movie is perfect entertainment if you are akin to seeing the juggle between friendships, loyalty, and how the business creates misunderstanding. The movie is directed by David Fincher and stars Jesse Eisenberg, Justin Timberlake, and Andrew Garfield in the leading role. 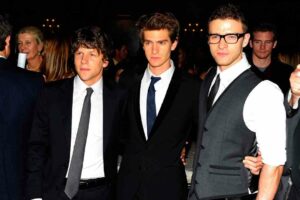 This 2016 American biographical drama film is directed by John Lee Hancock and written by Robert Siegel.

This movie is ideal for someone who wants to know about a journey of entrepreneurship involving struggles and challenges faced by them in their venture. 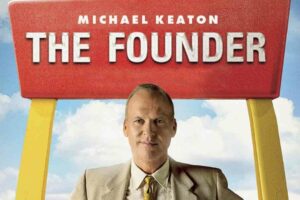 3. Pirates of the Silicon Valley

Pirates of Silicon Valley is based on a book called “fire in the alley,” Directed by Martyn Burke and starring Noah Wyle, Anthony Michael Hall, and Joey Slotnick in the lead role.

Released in 1999, this movie shows the life of Steve Jobs, who began flourishing during his second innings at Apple. This movie displays the rivalry between Steve Jobs and Bill Gates between 1971 – 1997. The movie ends with Bill Gates’ victory in the rivalry; however, we all know what happened later down the road. 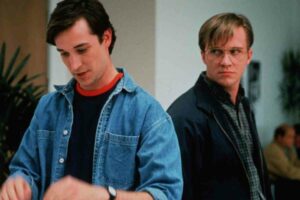 Catch Me If You Can, is one of the most popular films of its time. After all, the picture involves successful con artist Frank Abagnale (Leonardo DiCaprio), deceptively charming just about anyone with his skill.

Based on a true story, Catch me if You Can is a classic film that demonstrates the entrepreneurial journey of Frank Abagnale.

This crime/Drama film touches upon essential themes like creative problem solving, turning something good out of a bad situation, and the excellent hustle to reach success. 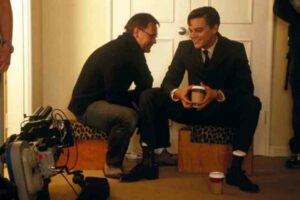 If you like dark comedy with a good bit of action, Lord of War is a must-watch movie. Directed by Andrew Niccol, this war-crime film registers the life of Yuri Orlov (Nicolas Cage), an immigrant from Ukraine who decides on his route to success through the illegal gun trade.

Yuri’s ambition, tenacity, and ability to tolerate risk demonstrate the same qualities entrepreneurs need to succeed. Not only this, but if you want to learn skills like growth hacking, building solid customer loyalty, and negotiation techniques, this film delves deeply into these topics. They are going to help you in your personal business venture. 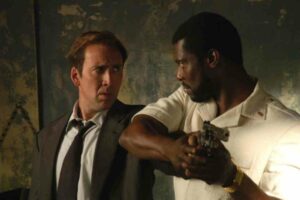 The movie inspires you with how one gets carried away by the fame and glamorous lifestyle, only to get entangled in the vicious web of insider trading. 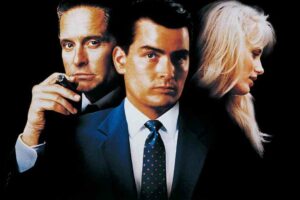 7. The Pursuit of Happiness

One of the best performances by Will Smith won him an Oscar for his performance as Chris Gardner. The Pursuit of Happyness is a true story based on the life of entrepreneur Chris Gardner, who faced nearly a one-year struggle of being homeless with his son while going through a grueling 6-month unpaid internship as a stockbroker.

The movie is filled with emotions when a single father struggles to make ends meet for his son. Despite all these scuffles and failures, the courage to not give up is truly inspiring in this movie. 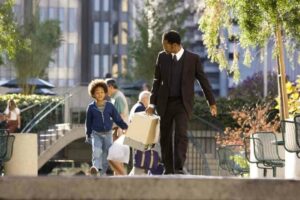 The Godfather trilogy is one of the must-watch listers regarding entrepreneurship. It highlights the importance of building relationships and networks, why helping people lends itself to good business and the importance of understanding business.

The movies are intensely entertaining, packed with thrilling and thought-provoking scenes that challenge you to handle your next business plan. 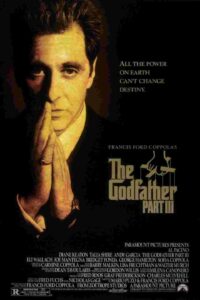 9. The Wolf of Wall Street

Based on the true story of Jordan Belfort, a young man lands a job as a Wall Street stockbroker for L.F. Rothschild. The movie captures his rise and fall as an entrepreneur and shows how his firm Stratton Oakmont engaged in penny stock trading and securities scams, drawing the attention of the FBI.

The movie stars Leonardo DiCaprio, Jonah Hill, Margot Robbie, and Matthew McConaughey, directed by Martin Scorsese. This movie is a perfect example of not letting success get to your head. 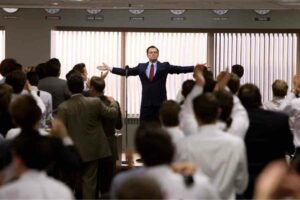 10. The Smartest Guys in The Room

A 2001 American documentary based on the best-selling 2005 book of the same name, the film examines the rise and fall of the real-life startup GovWorks, which raised $60 million from Hearst Interactive Media, KKR, the New York Investment Fund, and Sapient.
It is a perfect example of how long friendships can quickly vanish through business politics. This movie will inspire you with different viewpoints on the boom and fall of a .com period. 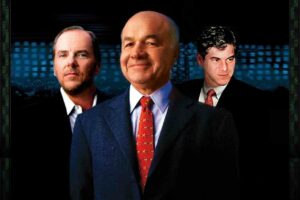 11. Thank You for Smoking

This is the perfect movie to watch if you are into the marketing business. Thank You For Smoking is for a marketing-savvy entrepreneur or someone who wants to learn a few tricks to sell just about any product.

This black comedy film is the story of a tobacco industry lobbyist Nick Naylor who uses spin tactics to defend the cigarette industry in the most challenging of situations. This is a great watch for those wanting to learn a few things about crisis management, corporate communications, PR, and negotiation tactics. 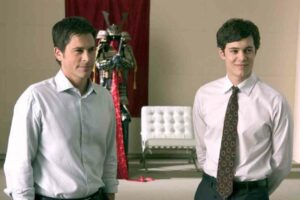 One of the best movies for someone to learn patience when one sees struggles in the corporate world. The Devil Wears Prada will motivate you to take that risk and pursue your dream job. It’s a movie that shows how to handle uncomfortable situations, how to navigate worlds that seem unfamiliar, and how hard work pays off eventually.

Dominatingly a fashion movie, however, it is for every woman who wants to take that drive to find herself. An iconic performance of Meryl Streep will give you the challenges one feels as a newcomer Andy (Anne Hathaway), who faces it diligently. 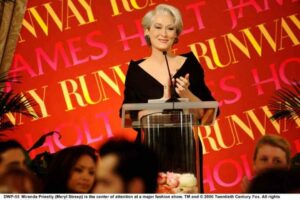 This 2015 documentary stars Michael Fassbender playing the iconic Apple co-founder. Directed by Danny Boyle and written by Aaron Sorkin, this movie was adapted from the 2011 biography by Walter Isaacson and interviews conducted by Sorkin. It covered 14 years (1984–1998) in the life of Apple Inc. co-founder Steve Jobs.

Steve Jobs is a different sort of biopic. It contains just 3 sequences, all depicting a pivotal point in Jobs’ life. The movie includes brilliant performances by Fassbender and Kate Winslet. 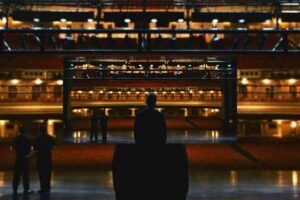 14. The Merchant of Venice

A dramatic Shakespeare play, Merchant of Venice, is one of Al Pacino’s greatest films. The story is about Bassino, a young member of the aristocratic class, who turns to a Jewish moneylender Shylock (Al Pacino), for financial support. This is a delightful play with lessons on business partnerships, risk assessment, and mercantile law that still hold value today. The play contains comedy along with the essence of 16th-century drama. 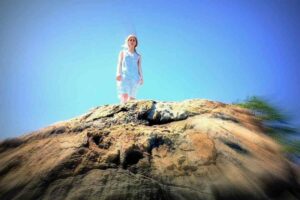 Played by Julia Roberts, this legal drama is based on the true story of Erin Brockovich, who fought against the energy corporation Pacific Gas and Electric Company (PG&E) regarding its culpability for the Hinkley groundwater contamination incident.

It is a genuinely inspiring female-centric film, where she goes against all odds and helps win the largest settlement ever paid in a direct-action lawsuit. It touches upon social responsibility, sustainable business models, and gender biases in business. The film concretizes female empowerment and highlights the importance of sticking to one’s notion despite obstacles. The film was a box-office success and gained a positive critical reaction. 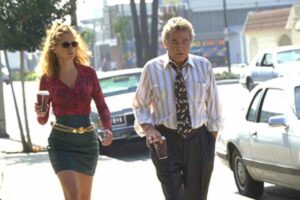 16. The Inventor: Out for Blood in Silicon Valley

The Inventor: Out for Blood in Silicon Valley is a 2019 American documentary film
directed and produced by Alex Gibney. The film is about an entrepreneur Elizabeth Holmes and her former company Theranos.

The movie entails the rise and fall of Theranos, a multibillion-dollar biotech company set to transform the healthcare industry. The documentary tells the story of Elizabeth Holmes, the founder of Theranos and Sunny Balwani.

The film will inspire you with the realities of being “a founder” and how Holmes and Balwani were incapable of effectuating their promises. Instead, indulge in fraudulent practices such as misleading investors and business partners. The greed for money, marketing, promotion, and fame lead to its steep downfall two years after its beginning. 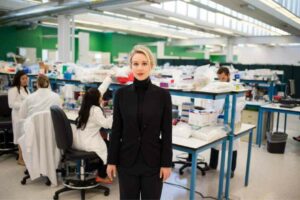 Ayushi Ayushi Shukla, a young and passionate writer who loves exploring and writing about educational content. She has been to a creative college of arts and design, and has an experience of more than 3 years in writing. She also runs a blog on fashion, making people conscious of the environment by providing a new vision. Innovation and creativity are her fundamental keys in writing.

This site uses Akismet to reduce spam. Learn how your comment data is processed.

16 Movies for every aspiring entrepreneur that will motivate you to be successful in life.
Pre-book your seat in the Job Ready Certification Program now!