Making a Career in Blockchain Technology and the Skills you Need 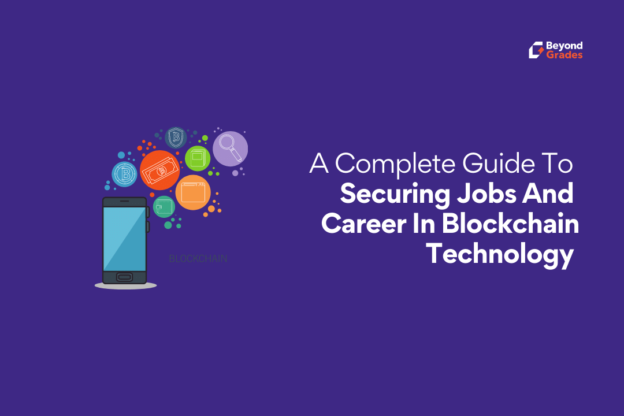 Words like non-fungible tokens, bitcoin, Ethereum, etc., are not just coffee talk but a full-fledged career option on the rise. According to LinkedIn, Blockchains are among the top 10 hard skills employers seek. If this is an area you want to explore, you are just at the right place in this blog, I shall dive deep into how you can make a career in blockchain technology and the skills you need.

What is blockchain technology?

In simple terms, it is a system of making transactions, keeping records, and verifying data in a decentralized way.

There are four broad categories or types of blockchain

It includes features of both public and private blockchain.

Hybrid blockchains allow organizations to have a private, permission-based, public permissionless system when needed, where the records and transactions can be made public and accessed by anyone through a smart contract.

Tech firms- These are the number one primary hiring organizations as they have so much at stake, and with blockchains taking over the world and a shift to a decentralized system, they need as much expertise as they can acquire.Startups – These include the independent businesses and products created after the inception of blockchain. Commonly used for: Having a flexible control system with the best of both worlds of public and private blockchain.

According to the skill index of 2022, blockchain is one of the fastest growing skills; hence, if you wish to make a career out of it, you must know the players in the market who are hiring.

Industries – Would you believe if I told you that this skill is being employed by most big organizations like law offices, retailers, insurance, banks, and accounting firms and are inculcating techies who would keep them in pace with this dynamic world of digital technology?

Startups – These include the independent businesses and products created after the inception of blockchain.

Due to the rising interest of people in the blockchain world, this might be the most marketable career path you can opt for.Blockchain development requires individuals who create blockchain applications.

If you want to go into blockchain programming or development, you need to work and enhance your C++, Python, and Javascript and become experts at these.

The responsibility of a blockchain architect is to design, assist and connect blockchain solution components with the team’s experts like UX designers, developers, etc.

Some hard skills they should inculcate are cloud project management and sufficient tech skills to understand how the technology works.

Creating a user interface that builds trust and attracts regular users is the role of a blockchain UX Designer.

If you are an artistic person, who pays attention to detail and loves computers, this must be the job for you in the blockchain world!

This personnel is entrusted with the quality tests or quality assurance of all project areas.

In tech terms, a blockchain quality engineer tests and automates frameworks for blockchain.

With many organizations experimenting with the concept of blockchain, There is a rise in legal issues.

These legal issues make companies look for legal experts on what considerations should be made while investing in any new project or technology. Blockchain legal consultants help companies regulate their actions and make smart financial decisions to manage their identity well.

Being a pro at soft skills is expected from blockchain legal consultants. Much research work is required, from studying international law to mastering universal languages, as blockchain technology is global and without any borders.

Why should everyone invest in gathering blockchain knowledge?

These days all professionals are expected to have some knowledge of blockchain as it helps in the smooth functioning of organizations and exploiting the human potential in the tech world the most.

Other professional roles that are interconnected

Reasons for the increasing demand for blockchain skills

Since the pandemic crisis, the world has shifted towards digital transformation. Most businesses had to reform their supply chains and conventional operations, for which blockchain technology played a very valuable role.

Hence, in this section, we will understand what advantages of blockchain lead to them being one of the leading career skills in the market.

Now that you are equipped well with the blockchain world, It is your turn to explore this universe and choose your planet, your block!

Sanskriti Sharma Sanskriti is a content writing intern with beyond grades and is currently pursuing a bachelor’s degree in Journalism and Mass Communication. Her work ranges from Research papers, Articles, and Book and Film Reviews, and her qualifications are in Media Research, World Cinema, Digital Marketing, Public relations, and Behavioral science as well.

Making a Career in Blockchain Technology and the Skills you Need